Hey Get Your Fence Off My Land 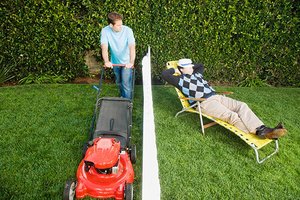 Sometimes it happens when you buy land, you get a new survey taken of the property, and it shows that a neighbor's fence or hedges encroaches on your land. You want that fence or hedge removed and set on the property line. You go to the neighbor and ask real politely, and it is like talking to the wall (pun intended). Hopefully your first reaction is to call Alexander Novak, your lawyer, to start a lawsuit, but that is not such great advice. Here is why:

Old encroachments on your land call into play the law of adverse possession. If the adverse possession lasted 10 years, you lose your land. However, in 2008 the New York Legislature changed that law to make it much easier for you, the landowner, to win and get that fence taken down. The new legislation changed the common law rule of adverse possession. Under common law, things like erecting a shed, digging a trench, mowing, planting and raking grass, constructing underground dog wire fence, installing post for birdhouse, cultivating garden, and erecting fences were all winning arguments for adverse possession, but not any more. These actions are now called “permissive and non-adverse” actions.

But do not run to court so fast!

If your neighbor had already done those things for 10 years before the new 2008 law came into effect, she or he could still win despite the new law.

The courts in New York have ruled that the neighbor is entitled to the application of the old version in effect when her claim to the disputed property allegedly ripened into title.

The NY Court of Appeals said,

“although a statute is not invalid merely because it reaches back to establish the legal significance of events occurring before its enactment, . . . the Legislature is not free to impair vested or property rights.”

So if the neighbor could have won in 2008, then she or he could still win today.

This lawsuit will be very fact oriented.

So why not call Alexander Novak? All I can do is ask for a court ruling. Courts take time and maybe a lot of time. But you can employ “peaceful” self help prior to going to court. You have a legal right to remove a trespasser from your property. In fact New York Courts will look to see if the “original owner of record acted to eject the adverse possessor”, as seen in Ray v. Beacon Hudson Mt. Corp.

So first look at the fence. On which side are the beams? Usually if they face your property it will be your fence. Still, regardless of the placement of the beams, you have a legal right to take down the encroaching fence, but only if it can be done without causing a fight. In a recent case in Far Rockaway (Wolfsohn v. Seabreeze Estates)battling neighbors removed the fence and put it back a few times until the police were finally called. The police will not care what your survey says. The police will only want you to maintain the “peace.” They will tell you to go to court. In that Far Rockaway case, the court did not draw any bad inference from the fact that a landowner exercised self-help when he removed the fence on two separate occasions. In fact that was one of the factors weighing in his favor because he “attempted to eject the encroacher.” If you can peacefully take down the fence, you won half the battle.