A Dog, a Cow and a Cyclist Ride into a Bar 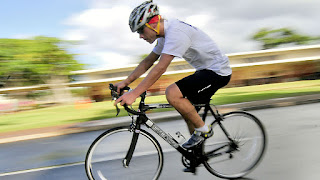 People get injured and they look to blame someone and if that someone has an insurance policy, a lawyer may be there to help.

Not every injury is awarded compensation.

For instance if you trip over a inch difference in the grade of a sidewalk, the courts will not likely award you anything.

What happens if you let you cow roam around the neighborhood? In 2013 in a decision by the Court of Appealsin Albany, the highest court in the State, a woman was allowed to sue the owner of a cow she crashed into with her van.

Sounded like the Court of Appeals felt people have to keep their animals on a leash or be liable for mishaps. Or so that it is what two lower courts ruled. The names of those cases were Doerr v. Goldsmith and Dobinski v. Lockhart. The cases involved Wolfgang Doerr, who was injured in 2009 after crashing into a 45-pound shepherd mix on Central Park's bicycle loop road, and Cheryl Dobinski, who fell from her bike in 2012 when she tried to avoid two German shepherds that ran onto the road near their rural home south of Buffalo. In the New York City case the lower court awarded significant damages to a cyclist who collided with a dog. After a trial the jury awarded the plaintiff $1,000,000. On appeal the next highest court reduced that to $600,000. I can only assume there was an insurance company funding the defense because this case was taken to the Court of Appeals.

Just this June that Court ruled a cyclist cannot sue a dog's owners, saying riders should be careful not to cross paths with animals that are a constant public presence. To distinguish this decision from the 2013 cow case Judge Sheila Abdus-Salaam wrote, “In public parks, one regularly encounters dog owners with their unrestrained canine companions … whereas one ... certainly never expects to see someone taking his or her cow for a walk in the neighborhood.” The court said the cyclists could not sue the dog owners because they had not shown that the dogs had a history of biting or attacking people. A lower appeals court cited the cow case when it revived Doerr's lawsuit, but the Court of Appeals last week reversed the decision.

I like this decision. Dogs running after bikes is something I grew up with, it is common and that is just life. Oh yea this has nothing to do with a bar, but I did think an award of $1,000,000 to the Central Park cyclist was a joke.