Can an employer video record its employees in the workplace? 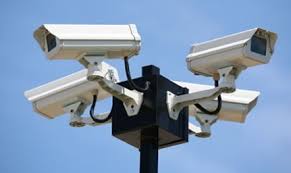 Oftentimes, businesses would like to monitor their employees (beyond standard security reasons) during work hours to keep on top of the situation. This is especially prevalent in construction sites, warehouses, and the like but are sometimes used within standard offices as well. The question is, can an employer legally do this, and if so does the company need to notify the employees about the surveillance.

The short answer is yes, but with a few caveats.

A private employer in New York may lawfully engage in surveillance in certain areas of the workplace. One cannot film in a restroom or locker room and the like. Otherwise cameras would be permitted anywhere in the place of business. Cameras are already very common in retail stores. Also employees cannot expect any rights of privacy with their use of company emails or computers. An employer has the right to read your emails sent over the company's server and to look at what you may store in your computer and which websites you are viewing during company time. However, this law permitting surveillance (N.Y. Labor Law § 203) only goes so far to allow video-only surveillance. Any audio recording is considered “Eavesdropping” and is rendered a class E felony unless the employer gets prior consent from her employees. So if the employees are aware of the audio recording devices, and consent to it, then that would also be permissible.

It should be noted that there is ongoing legislation which would require prior written notice upon hiring employees, informing them of the types of electronic monitoring which the company uses. At the time this article was written, it has still not passed. If a company would want to include video and audio recording capabilities, then surely getting employees to sign a written waiver (not yet required in New York) or perhaps posting a sign by the punch-in clock would likely suffice. Even though the video surveillance is allowed without the knowledge of the employees, it still will only be lawful if done for permissible reasons like surveillance to insure compliance with company work policy, to make sure employees are indeed working or to prevent inventory theft. While this rule gives an employer wide latitude, it would be unlawful to pick on just one employee which could be deemed creating a hostile work-place. For instance, if an employer videotapes only one of its workers as to retaliate against him for engaging in protected activity that would deem it illegal. If it were done to prevent union organizing it would violate the Federal Labor Union laws.

There is an interesting case concerning a Starwood Hotel & Resorts and one of its employees. After the employee complained about harassment at the workplace, the hotel installed a hidden camera above his work station. Starwood claimed that the camera's installation was to investigate the harassment claims, and therefore a “legitimate, non-retaliatory reason”. The jury on the case did not find the reasons credible, and awarded the plaintiff $3,000,000 for this unlawful surveillance. Must have been a great closing argument made by plaintiff. The Federal Judge on the District Court case nevertheless deemed this award “so far out of proportion as to make the award of punitive damages unconstitutionally excessive” and remitted the punitive damages to a mere $300. Closer to the orthodox Jewish community, is a question within the Kashrus agencies, a team of Rabbis that overlook all kosher dietary certification and supervision within food establishments. The common practice has been to regularly “check-in” with a mashgiach, or supervisor, to make sure all regulations are followed. A much easier and more precise method that is being considered is installing video cameras in the kitchens and entry ways of the establishments. This allows remote, fully accessible, constant monitoring. So as long as no voice recording is occurring, it is completely lawful, even without the consent and knowledge of the employees. Of course the Agency would have to get the owner's permission prior to installing the cameras!