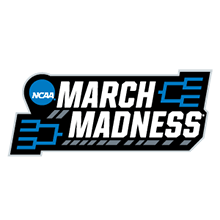 March Madness is here, and all over America people will be furiously filling out their brackets. Whether you join an office pool or a competition with friends, everyone usually throws a few bucks in the pot for the winner. According to the American Gaming Association, 40 million people fill out brackets each March and will wager an estimated $10.4 billion this year. Of that amount only $65 million is bet legally, with $2 billion being bet in the kind of pools in which you're probably partaking.

As a matter of state law, pay-to-enter NCAA Tournament pools are illegal if they constitute "games of chance." Courts apply various different tests to determine if a game constitutes as “chance”. Under all tests, the likelihood is that NCAA Tournament pools would involve a high level of chance. Remember a couple years ago, when Warren Buffet offered 1 billion dollars for anyone that could predict a perfect bracket? While that was a much longer shot (1 in 9.2 quintillion to be exact) than just coming in first place in your pool, it just goes to show how unpredictable the whole game is. This year Buffet is actually giving any Berkshire Hathaway employee, that can pick the Sweet 16 correctly, $1 million a year, for life. Only 14 out over 11 million brackets predicted that correctly in2015.

So while you can make bets legally in places like Las Vegas, the majority of seemingly “friendly-gambling” is likely illegal (See NCAA Official Statement).

But it's unlikely anyone was arrested last year for taking part in the office pool, and it's unlikely anyone will be arrested this year or anytime in the future. March Madness pools have become part of office culture, and usually flies under the radar. Even if we are comfortable playing in NCAA Tournament pools, it might be best to avoid serving as a pool administrator, according to one law school professor.

People that insist on doing so, should limit contest entry to friends -- thus maximizing the likelihood of falling within state-specific recreational gaming exceptions, and outside the scope of reasonable state and federal legal scrutiny. In other words, play at your own risk. But it's unlikely the police will be raiding the office.

Better yet, get a job at Berkshire Hathaway and get in line for that “sweet” lifetime payout.