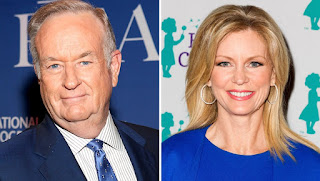 This past year has shown that many famous men had covered up their predatory sexual abuse of women (and sometimes other men) by non-disclosure agreements. $45 million dollars were paid by or on behalf of Fox News host Bill O'Reilly to settle sexual harassment claims, almost none of which was publicly revealed due to confidentiality agreements.Congress has sought to do something about this in the new tax law but, in most cases, it will have little or no effect on big businesses, religious organizations or Congressmen who abuse. It will harm little businessmen who care about their reputations and it will even harm victims of abuse. The Internal Revenue Code was amended to read that no tax deduction will be allowed for any settlement or payment made related to sexual harassment or abuse if such settlement is subject to a non-disclosure agreement. It also forbids anyone from deducting attorney's fees arising from such a settlement.

Before the new law, a business would settle a sexual abuse or harassment claim, require the victim to sign a non-disclosure agreement and then deduct the cost of the settlement from its taxes. The victim would be able to deduct the amount she paid in attorney's fees avoiding having to pay taxes on money she did not actually receive. Under the amendment the corporation could not take the deduction for the settlement nor could the victim take a deduction for her attorney's fees unless they were willing to forgo the non-disclosure agreement. Such agreements are treasured by defendants and therefore, a business like Fox which rakes in billions of dollars a year, would be willing to forgo the deduction in order to keep settlements like that for O'Reilly secret from the public. A million dollar settlement would not hurt its bottom line in the least. Also religious organizations, like the Catholic Church, don't care since they don't paid taxes. The same applies to Congressmen whose secret settlements are paid out of the U.S. Treasury. However, a small time doctor or lawyer cannot afford to both pay a settlement and not get a deduction but, without a non-disclosure agreement, their local reputations might be ruined. He might be tempted to go to trial rather then settle. The victim will, in effect, be doubled taxed. She will have to pay taxes on the full amount of the settlement even though 1/3rd of it might be paid to her attorney. This might discourage victims from even making a claim. Hopefully, this rushed, ill-conceived law, might be amended or removed. Another idea that you will see is that plaintiffs' lawyers will not claim sexual harassment, but rather discrimination based on sexual orientation -- which is technically a different claim -- and thereby getting around this new tax rule. I expect a lot of more imaginative lawsuits with different causes of action to start popping to avoid this rule.