Dangers of Lending Money to Your Business 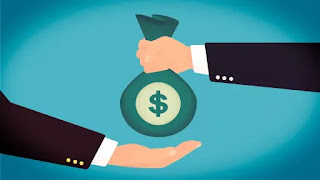 Owners of small businesses continually fail to realize that their corporation or LLC is a separate legal entity that owes certain duties to its creditors. While it is tempting to lend money to your company in times of hardship and to pay yourself back once some money comes in, there is a very good chance you will have to eventually turn the money over to the company's judgment creditors. Both New York and New Jersey have Debtor and Creditor Laws, which protects creditors from fraudulent actions of their debtors. The laws have their own definitions that are different from what might be commonly believed. If a judgment creditor sues an owner of a company for taking money out of a failing business in fraud of creditors, the usual defense is that it was just a repayment of an existing loan and so there was fair consideration for the payment. In New York that defense will usually fail. First, most owners will fail to document the loan by a promissory note or by some other document. Failure to provide documentary evidence of the loan is fatal to the defense in both New York and New Jersey.

Even if there is documentary proof, the defense will fail in New York and probably do so in New Jersey. The New York statute defines fair consideration not only as an exchange of equivalent value but also requires that the exchange be done in good faith. If there is lack of good faith, there is no fair consideration. Transfers to officers, directors, major shareholders or members of an LLC are, as a matter of law, not considered made in good faith if existing creditors are not paid. Even if the transfers were made while the corporation was solvent, if a known creditor at that time obtains a judgment against the corporation, he will be successful in suing to get the insider to turn the payback over to him. New Jersey is slightly different. Its law does not contain a good faith requirement for fair consideration. However, a payback of a loan to an insider will be considered fraudulent to a creditor if made while the corporation is insolvent. The bottom line is that if you insist on trying to keep your company going by lending it money, make sure you document the loan and pay existing creditors before you pay yourself. If you don't, expect a court to order you to personally pay your company's judgment creditors to the extent of the payback.