Novak Juhase & Stern, LLP has been in major news publications over the last 25 years! 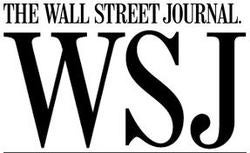 Broker Poker:"For retirees who fried their nest eggs or boomers who blew their kids' college tuition, the road to restitution could be as easy as calling 877-CAN-I-SUE." Time Magazine June 25, 2001

Interview of attorney Alexander Novak about the importance of having a halacha and regular will to avoid long lasting, divisive and expensive sibling disputes after the death of parents.  In article called From Sibling to Strange by Suri David appearing in March 17, 2021 edition of Ami Magazine.

“Alexander Novak an attorney as well as a toen in Bais Din and a Talmid Chocham, has  studied the most prevalent issues in the Botei Din over the past 500 years. Along with divorce cases, the inheritance of assets and rabbinical positions headed the list. Squabbling over inheritance is common, but with a few simple steps you may be able to avoid conflict”

Financial Web: Get Your Money Back, March 21, 2001 written by Alexander Novak

“Give Me My Money Back”, interview with Alexander Novak,  Investing Kiplinger, January 21, 2001

Online Investor Scams: "The scam artists make money by trapping people who invest as little as $1,000.  Multiply that small investment by hundreds of people." An interview with Alexander Novak.  Medical Economics, April 10, 2000